About Feed It Forward

Chef Jagger Gordon is showing Canada that we can help to end hunger by utilizing the 53% of all food that ends up in landfills and putting it onto the tables of the food insecure in our country.

How It All Began

Feed It Forward was created as a social enterprise by Chef Jagger Gordon, a Toronto chef and caterer specializing in gastronomy. It was Chef Jagger’s grandmother that initially gave him a love for food. Through her, he realized that food not only fills your belly but nourishes your soul too. Much of Jagger Gordon’s work began in 2014. As an ex-service man who had travelled to 32 countries fighting wars, Gordon later landed in Toronto. He attended culinary school, traveled the world again to work with some great chefs, and thus began his philanthropic and entrepreneurial adventure. As he spent more time in the kitchen, first in the Marine Corps and later as a caterer, he became acutely aware and profoundly disappointed in the amount of food that was wasted. Exhausted by seeing so much good food thrown away, he soon made it his personal mission to find a solution to end food waste and feed those who need it. Feed It Forward is part of the solution to tackle this mission. What started as a freezer program, grew to opening a soup bar and later a grocery store, all fueled from food that would otherwise be thrown out.

Here At Feed It Forward we have two main focus points, which are to reduce food waste while also helping those who struggle to put food on the table.

This is done by rescuing food that was destined to the landfill for reasons unrelated to food safety, then making that rescued food available to our community.

Pay What You Can Model (How It Works)

he food rescued or produced by Feed It Forward is diverted to our grocery store where it’s sorted and organized by volunteers, then put out on the shelves for customers. Customers can then pay what they can afford based on their budget or can take what they need free of charge if needed. Many of the grocery store customers also choose to give back by donating their own food or volunteering at the store or through one of Feed It Forward’s other programs.

Chef Jagger Gordon Launched Feed It Forward in 2014 because he could not bear the copious food waste created each time he catered an event.

After a military career that included service in 32 countries, Jagger attended culinary school in Toronto, then worked alongside some great chefs. These experiences — service to others, an appreciation of our global interconnectedness, and joy in food preparation — were the seeds of Feed It Forward. Since its launch, Feed It Forward has fed hundreds of thousands of people by rescuing food from restaurants, cafes and bakeries, as well as unsold grocery store food.

North America's first “pay what you can” grocery store

Feed It Forward has been operating Canada’s first and only Pay-What-You-Can Grocery Store, bakery and coffee shop since June 2018 in the Junction neighborhood of Toronto. All of the food rescued by Feed It Forward is diverted to the grocery store where it is sorted and organized by volunteers, and then put out on the shelves for customers. Customers pay what they can afford based on their budget or can take what they need free of charge. Many of the grocery store customers choose to give back by donating their own food or volunteering at the store or with Feed It Forward’s other programs.

We have created a “Humber College Soup Bar” concept restaurant at several local university campuses in Toronto.  The on-campus restaurant offers students healthy, bottomless soup two days a week. Almost 40% of Canadian post-secondary students are food insecure. Feed It Forward aims to help this struggling demographic across the GTA and is always looking for partners to expand the Soup Bar concept to other post-secondary campuses. In its pilot year, Soupbar served close to 9,000 meals. 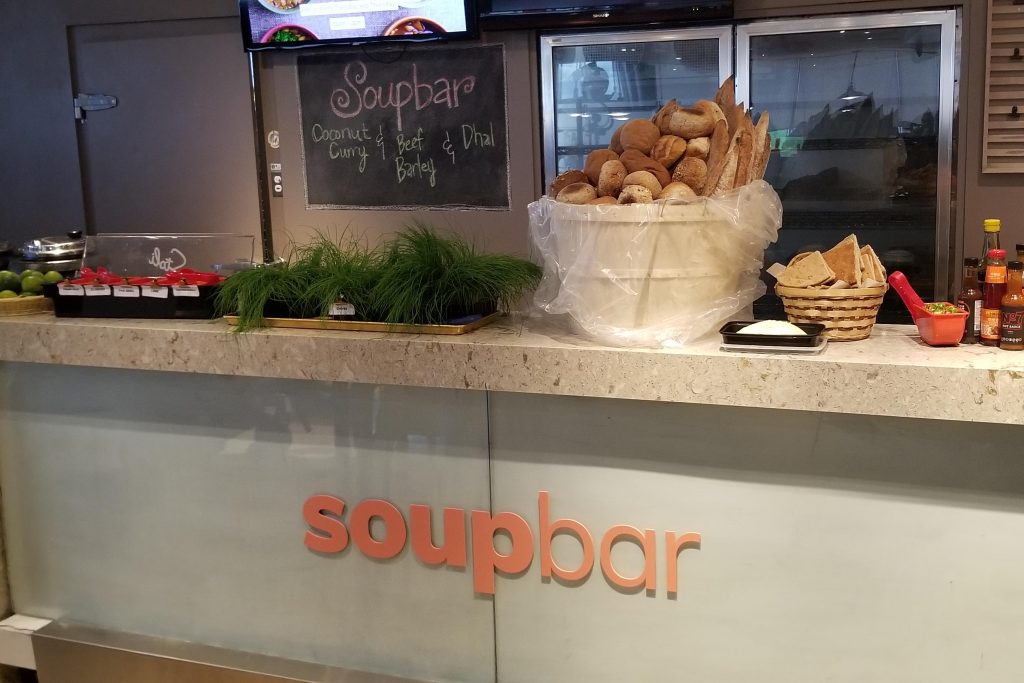 The “Feed It Forward” Farm

Greenwood Farm has generously provided us with the use of some of their farmland. Here our volunteers plant, grow, maintain, and harvest fresh food that makes its way into our pay what you can grocery store.

We now have a full fleet of 33 vehicles, including food trucks (distribute food around the city) and food rescue vehicles go out around the city. We also have a warehouse which is where all our dry product is stored, and also Confederation Freezer in Brampton that holds tens of thousands of Feed It Forward meals.

Feed It Forward  has grown tremendously with Chef Jagger Gordon at the helm, but he isn’t stopping here. Gordon wants to see this concept implemented both nationally and globally. In addition to our major programs, we are in the process of developing a food sharing app that we hope to launch during the 2020 holiday season. The purpose of the app is to connect  food insecure individuals across Canada with nutritious meals and eliminate food waste. Users can share food and meals with one another.